What is LK Productions?

Simply put, LK Productions is a music production company. The founder is recording artist Katie Ann. LK Productions originated in San Diego, California around 2003. LK Productions is now located in Buffalo, New York. Katie Ann took "The Ride" across country on a daring, bold and crazy 3,000 mile road trip that turned into a permanent move. "To be a good writer you have to spice things up. When you become too comfortable you stop growing. After awhile I felt numb on the West Coast. Like my music wasn't evolving and didn't represent the woman I grew up to be."
So who was she before? "Before Katie Ann, I went by Lady K. I was pretty ruthless with my writing. I wrote a lot of beats and rapped, rapped rapped. I loved to rap! Rhyming and making clever schemes. It was my thing. I would do it all day." 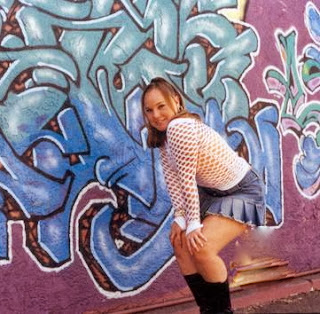 Lady K first was introduced to the art of making hip-hop music when she was 19. She ran into a rapper from Los Angeles at a party near her college, where she studied music. He was intrigued by her because she played piano. He asked her to come to Los Angeles over the summer for an internship. Katie Ann made several trips that summer from San Diego to Los Angeles and worked with producers. By the end of the summer internship the producers were asking her sing and encouraging her to write. "We think you have lyrics in you. You just gotta pull them out. Just sit down in the quiet, listen and let them come to you."
Lady K went home and dived into writing. "It came so natural. I knew right away that I needed to get my hands on some recording gear and start writing music. I don't know what came first- making beats or writing rhymes." Lady K bought a home set up that began as an equinox synthesizer she used to make instrumental beats, an M-BOX, Pro tools and an average condenser microphone. But that's all she needed to get started. 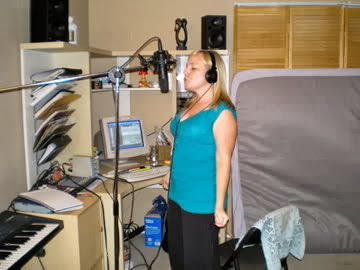 "My drive just kept going and going. I wanted to learn more about writing and making music. I wanted to get more sounds and gear. Of course I was limited because I was a college student.... not like I had millions to just go get whatever gear I wanted. If I wanted something I worked my butt off. Saw the prize and went after it. It's the master art of making time to be what you want to be."
Katie Ann spent her early twenties in a music bubble. By the age of 25 she had endless beats and in the hundreds of recorded songs. "I had a recording studio in my bedroom. Right next to my bed was a microphone. Sometimes I would wake up in the middle of the night with ideas from a dream or something and I would hit the record button." 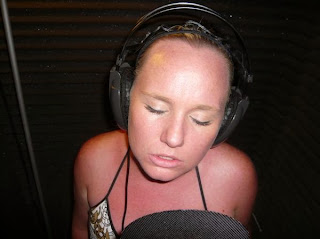 "As I got older my style changed. I naturally just started singing more than rapping. My song writing expanded and I started writing more ballads and music for bands. I began exploring recording live instruments. It's no coincidence to me that my journey across country took me to a Recording studio that is a heaven for rock bands. I mean, GCR audio was created by the bass players in one of the best bands ever- the goo goo dolls." http://www.googoodolls.com/
Katie Ann produced her debut album, "The Ride" in Buffalo NY in her later twenties. "I decided to keep Lady K attached to the music because even though I may not be that ruthless little girl anymore she is still a part of me and the music." LK productions is named after the infamous Lady K.
Katie Ann is looking forward to working with more recording artists. She is currently working with a rapper in New York named MC Zill. She is helping him produce songs on his album called Brainwashing. She is also gearing up to start producing and recording her next album.
"First thing first. I'm excited to show the world who I am as a recording artist and a producer. My sound is authentic and untainted art. I can't wait to release my album, "The Ride" to the world."